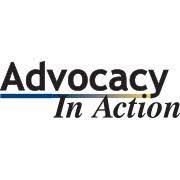 Advancing the welfare of individuals and groups through the promotion of a principle or principled approach, advocacy is the process of changing public opinion, government policies and institutional practices. Advocacy is a powerful tool for change in both large and small societal movements. Advocacy can be done through campaigns, social media, or by mobilising others to act on behalf of a cause. Advocacy is often used by individuals and groups to create change for the better in social inequality and social justice issues. Advocacy is also a key component of counseling.

Advocacy is a process of making people understand, know, and care about an issue. It can be done through a variety of techniques, including campaigning, campaigning on social media, or even through a’man on the street’ approach. Advocacy can be used for a wide range of issues, from fighting discrimination to creating a better environment.

Advocacy is important for all of us, and can be done on a variety of levels. Often, advocacy involves working with groups that are vulnerable, such as refugees or members of minority groups. Often, these groups are left out of the public debate, and advocacy is an effective way to engage these groups.

Advocacy can be a powerful tool, but it takes a lot of planning. It also requires a good understanding of the subject matter and how you can influence or confront power. You need to know who your opponents are, what they are resistant to, and how you can win their support. Also, a good advocate will plan their tactics well, so that they can win over their opponents and keep them from blocking their progress.

The best advocacy plans are those that involve a combination of tactics. A good example of this is the Campaign to Control Cancer in Canada. This campaign used a variety of tactics to bring awareness to the public about the problem of cancer. It also involved engaging key political decision makers, and engaging cancer professionals.

Advocacy can be a fun and exciting experience, but it can also be intimidating and controversial. This is where good advocates think hard about what to say and how to say it. They may also decide to use tactics such as confrontation. In fact, conflict is usually a bad place to start.

Advocacy can be done to improve conditions for disadvantaged groups, including those that are disadvantaged because of race or gender. Advocacy can also be used to advance shared goals, such as the rights of individuals with disabilities. A good example is the Upward Bound program, which works with youth from diverse backgrounds to give them a jumpstart toward college.

A good advocacy plan should also include a logic model, which is a visualization of how different activities connect to each other. This logic model can be seen as a visual representation of the relationship between the resources you have available and the actions you take.

Hye, I am Lula Saunders, U.S. Donor Conceived Council, Inc. (DCC) is a 501(c)(3) nonprofit founded in 2022 by a team of donor-conceived people (DCP) who serve on a volunteer basis. DCC aims to educate others on the lived experiences of DCP; advocate for reforms to the fertility industry that further our best interests; and assist in developing and passing legislation that protects the rights of donor-conceived people.

Our vision for a better future for donor-conceived people begins by prioritizing the best interests of DCP in all matters involving donor conception.